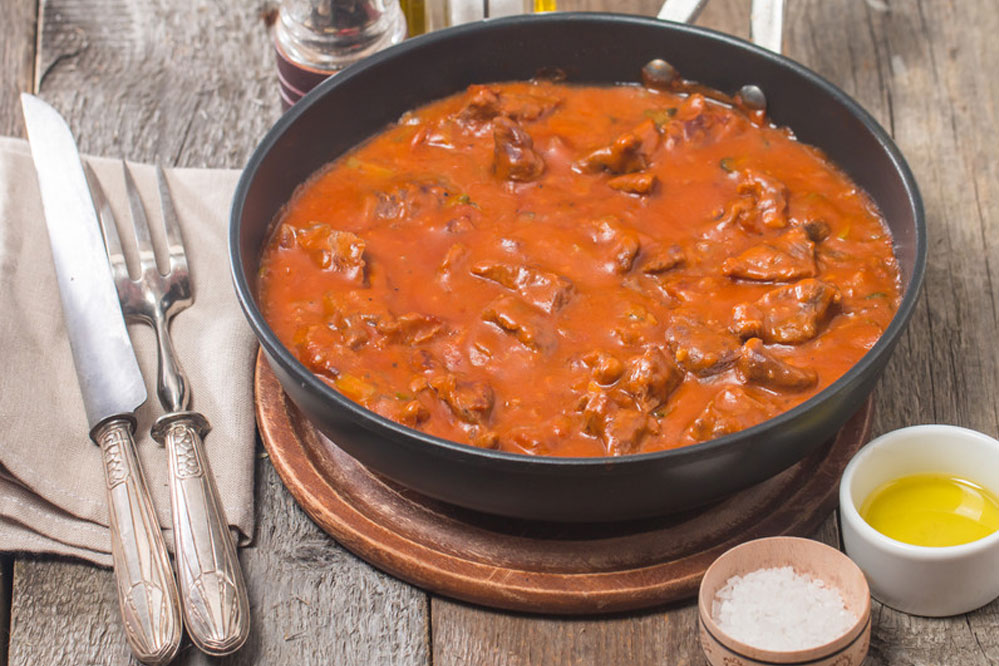 Preheat the oven to 400f/200c
Put the onion, tomatoes, peppers and garlic cloves in a roasting pan, coat in 2 tablespoons of olive oil and season with salt & pepper.
Roast for 30 -35 minutes or until soft.
Add the roasted vegetables to the food processor and puree until smooth. Heat the remaining oil in a large saucepan and brown the lamb over high heat. Lower the heat, add the pureed mixture stir to combine.
Raise the heat again and bring to a boil, lower the heat again and simmer for 1 hour (stirring occasionally).
Add the chopped parsley, stir to combine and remove the lamb from the heat and allow to rest while you cook the pasta.
Cook the pasta according to the package instructions. Before draining, add the spinach to the boiling pasta at the last minute and allow to wilt, strain well and return to the pan.
Add the butter, season with salt and pepper and coat well.
Serve and enjoy.